Image Courtesy of sxc.hu and Blinc

In the realm of traditional foods, raw honey is one of the oldest known foods in the world. It has been used since the beginning of time and is often mentioned in the Bible and other historical writings. It has also been widely used various cultures around the world and has held important roles in culinary, medicinal, and religious traditions. Who knew that the incredible little honeybee could produce such an amazing substance that could be used in a wide variety of applications? I use it regularly in my kitchen and is one of the only sweeteners I use for cooking and baking.

DISCLAIMER: The content shared on this site is for informational and educational purposes only. Statements/products discussed have not been evaluated by the Food and Drug Administration (FDA) and are not intended to diagnose, cure, treat, or prevent any disease or illness. Please consult your own certified health care practitioner before making changes to your current diet or before beginning any herbal or vitamin supplement regimen or exercise program.

What is Raw Honey?

Raw honey is honey that has been unprocessed, unfiltered, unpasteurized, and unadulterated. This ensures that it still contains the pollen, enzymes, vitamins, minerals, etc. If you’re going to eat honey, it needs to be raw, so that you can get all of the goodies that raw honey contains. The best raw honey comes complete with chunks of comb, flecks of pollen, and sometimes a few bee parts (not really as gross as it sounds).

Honey is a byproduct of the busy little honeybee’s efforts in collecting nectar and pollen from flowers and bringing it back to the hive. The bees collect the nectar from the flowers in their stomachs and then bring it back to the hive and regurgitate it (yay for bee vomit!). Then, the honey is stored in honeycombs, which are made of wax. The bees use the honey as a primary food source. When bees are kept domestically for honey production, the beekeepers have methods of encouraging an overproduction of honey so that there is enough for both humans and bees.

This is a great explanation of raw honey from Wellness Coach Shawn King. He goes into a lot of detail about the varieties of honey, how they are processed, and how to determine if your honey is raw or not. It’s worth the 5 minutes to watch the video.

Honey is going to come in three different forms (and they are all equally as delicious):

Comb honey: The most unprocessed form. Comes straight from the hive as chunks of wax comb filled with honey. You can just eat the chunks of comb as a chewy little treat. I used to LOVE this as a kid!

Liquid Honey: The most common form, where the honey is extracted by centrifugal force, or by gravity, from the wax comb. Some liquid honeys are slightly processed and gently heated, but are still considered “raw”.

The color and flavors of raw honey are going to vary, depending on what the bee’s food sources are. Some of the most common varieties are Alfalfa, Clover, Orange Blossom, and Wildflower. But, did you know that there can also be varieties that include Avocado, Blueberry, Beachwood, Blue Gum, Eucalyptus, Fireweed, Macadamia, Manuka, Neem, Pumpkin Blossom, Pine, Sourwood (one of my faves), and Sage? And, that is no where near a comprehensive list. It really comes down to the variety of flowers in the bee’s territory. Colors are going to range from almost clear to very almost black, depending on the variety. Every type of honey will have that common honey flavor, but some will be richer, some less sweet, and all will have unique flavor profiles that are a tasty road map of where the honey came from.

Image Courtesy of sxc.hu and Copta

A Little Sweet History About Honey

Like I mentioned before, honey has been used for centuries, not only as a food source, but medicinally and religiously as well. Here are just a few historical facts about honey: 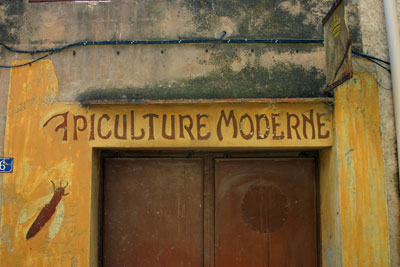 Image Courtesy of sxc.hu and M4Media

What Makes Honey So Special?

Besides the flavor and the fact that honeybees are just downright awesome?

That during a honeybee’s life, the average worker bee will produce only one-twelfth of a teaspoon of honey? That’s a lot of work for very little return, if you ask me!

That honeybees must tap, on average, more than 2 million flowers in order to produce a single pound of honey?

That the distance honeybees typically fly is the equivalent of circling the globe three times?

Honey is special for many reasons. Note that the nutritional content of honey is going to vary, depending on the bee’s food source. Also, even though honey is awesome and I consider it good for you, it’s still a sugar and should be consumed in moderation. I’m not advocating eating cups and cups of honey every day! But, a little here and there is great. I also know some people who take a spoonful of local honey every day to help with allergy symptoms and they swear by it!

In addition to the variety of nutrients that are typically available in raw honey, honey also has some other health benefits. Raw honey has been used for medicinal purposes for centuries, due to its unique healing and antimicrobial properties. Here are just a few of the ways that honey has been used, both in past and present. 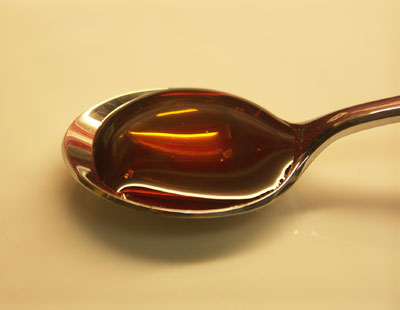 Image Courtesy of sxc.hu and Starfish75

What Kind of Honey Should I Buy?

Because there are so many different varieties of honey out there, there really is going to be something for everyone. I personally love honey and I try to sample as many kinds as possible. First and foremost, I like to buy local raw honey. I do this, because buying local not only supports your local economy, but it also gives you access to the different types of pollen that will be common in your area. This is great for fighting allergies!

But, don’t limit yourself to just local honeys. I say try honeys from all over the world. I am turning into a honey collector and am trying to get my hands on as many varieties as possible. Each variety has its own unique flavor profile, which lends certain honeys to different types of uses. One of the best places to get local, raw honey is at your farmers markets. This is also a great time to chat with the vendor, because you can learn all about their specific honey, their hives, and the types available. I typically buy alfalfa and clover honey by the gallon, because I use that in cooking and baking. I’ll buy less common varieties of honey in smaller containers and use it in places where I can really enjoy the flavor. Honey doesn’t go bad and I have read articles stating that archaeologists have found honey in old Egyptian tombs that was still edible, thousands of years later!

Many of you have probably heard that our honeybees are in serious peril. We are currently facing a potential honeybee colony collapse disorder. Some people don’t realize just how catastrophic this would be for our food supply. Honeybees are one of our main pollinators of crops. Without them, we won’t have much food left. According to an article from Mrill Ingram, Gary Nabhan and Stephen Buchmann, “for one out of every three bites you eat, you should thank a bee, butterfly, bat, bird or other pollinator.” They go on to say “Pollination — the transfer of pollen from one flower to another — is critical to fruit and seed production, and is often provided by insects and other animals on the hunt for nectar, pollen or other floral rewards. In fact, animals provide pollination services for over three-quarters of the staple crop plants that feed human kind and for 90% of all flowering plants in the world.”

The number of honeybees in the United States have been declining since the late 1940s, with the most severe decline taking place since 1990. The reasons for this are many, but include increased pesticide and chemical use, invasion of African honeybees, and the spread of disease. And, it’s not just the United States that is seeing a decline. Other areas of the world are also experiencing similar issues.

This informative video discusses the importance of bees and the crisis facing our honeybees right now. If you’re not already familiar with the colony collapse issue, I encourage you to watch this. Actually, even if you are familiar with it, I still suggest watching, because there is some great information in here.

This is just some very basic information about honey. Honeybees are such fascinating creatures, that I could write a book on them, but for sake of keeping you from falling asleep, we will close with a quote from Marcus Aurelius:

“We ought to do good to others as simply as a horse runs, or a bee makes honey, or a vine bears grapes season after season without thinking of the grapes it has borne.”