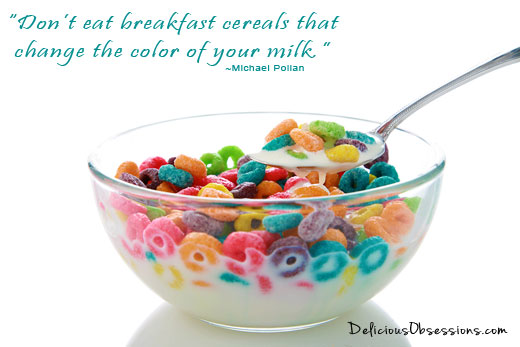 Michael Pollan and Forbes.com  just released their list of the World’s 7 Most Powerful Foodies. I love Michael Pollan and his books have been very influential on my thinking. He is one of the first names I think of when someone mentions food politics.

I am thrilled to see some of my favorite food advocates on this list. These are individuals who are advocating for reform of the American food system, whether it be farming politics or diet and nutrition politics. It is one of the most important social movements of our time. We are living in an era of major health crisis and safe, real food is the key to our health and healing. This movement started back in the 1970’s when Francis Moore Lappe wrote the book Diet for a Small Planet and Wendell Berry wrote The Unsettling of America and continues well into a new century.

The following seven people are currently considered the movement’s most powerful voices, according to Michael Pollan and Forbes.com:

1. Michelle Obama. Whether or not you agree with the politics of the White House, Michelle Obama has been influential during her time as First Lady in moving food issues to the forefront of the national agenda. Her Let’s Move campaign is focused on fixing the mess that we are in regarding childhood obesity. However, that said, there is still the main issue of the love affair between Monsanto and the U.S. Government.

2. Marion Nestle. Marion is an incredibly strong voice in the food politics movement and she is an expert on the many problems with the Standard American Diet (SAD) and the relationship between food, marketing and government policy. She is the author of the book Food Politics, which is on my Amazon.com wishlist!

3. Josh Viertel. Josh is the President of Slow Food, USA, another organization that I highly respect and refer to often. If you haven’t explored Slow Food, USA, I strongly encourage you to do so.

4. Will Allen. Will Allen was a new advocate to me, but after reading up on him, I look forward to learning more about his work. He runs the Growing Power farm in Milwaukee and has shown that urban gardening can play an important role in helping inner city areas.

5. Jack Sinclair. Jack is the head of grocery at Wal-Mart. I am not a huge fan of the behemoth known as Wal-Mart, but Jack is poised to make a real difference as long as he can avoid being “bought out” by the agendas of the marketing agencies, Monsanto, etc.

6. Ken Cook. Ken is the Executive Director of the Environmental Working Group (EWG), another fantastic organization that I refer to often. The EWG are the ones who put out the Dirty Dozen and Clean Fifteen reports each year. He is a very important voice in food safety and food policy.

7. Mark Bittman. Who doesn’t love Mark Bittman? I love reading anything he writes, so much so that I have a Google alert set up so I know when there is new stuff posted online involving him. He has tirelessly proven that real food is more affordable and more doable than the SAD. If you don’t know who he is, I recommend starting here.

So, now, I ask you. Who is missing from this list? The very first person that comes to mind is Joel Salatin. There are other food and dietary experts and advocates like Sally Fallon and Dr. Natasha Campbell-McBride, but they don’t have the political pull that the people on the Forbes list have. Who would you like to see on subsequent lists? Who do you most admire when it comes to food advocacy?

Have food sensitivities or allergies and missing out on delicious treats? Don't miss out any longer with my FREE Deliciously Decadent Desserts eBook! Featuring never before published recipes that are gluten, grain, dairy, and refined sugar free! Now you can make allergy-friendly treats the whole family will love!