UPDATE 7/26/12: I no longer use whey as a starter for my ferments (learn why here). I also no longer use Mason jars for my ferments (learn why here). I use Fidos and Pickl-Its exclusively and the improvement in the taste and texture of my ferments is unbelievable! I encourage everyone to take a look at the information regarding Mason jar ferments and come to a decision that best fits their family. I will be releasing updated versions of these recipes soon, as it applies to the Fido and Pickl-It jars.

I got such an awesome response to last week’s lacto-fermented garlic! I received a ton of questions and did a follow-up post on how to use your LF garlic. The subject started a lot of conversations and I learned a lot of new things from readers. Thank you to everyone who left comments, sent me emails, and joined our Facbeook discussions. I had no idea that garlic could cause such a buzz!

Last week, I ate more garlic in one week than I have in my entire life, resulting in half of my bottle of LF garlic already being eaten! I’m wondering how I ever survived without it. I even started another batch of it this weekend so that I won’t run out. Since I discovered how to peel garlic in less than 10 seconds, whipping up a batch was a piece of cake. That trick really does work (though, it takes a little longer than 10 seconds to get all of the cloves peeled, but it’s still much easier than doing it by hand!). Did you make or eat any LF garlic? What is your favorite way to eat it? I was putting it in soup, salads, on my tortilla pizzas, as well as eating it plain. It’s delicious!

This week, I decided to make a lacto-fermented beverage called Orangina. This recipe is from Nourishing Traditions. My health food store has been running organic oranges on sale and I decided it was the perfect fermented food to do, since I already had all of the ingredients on hand. One thing I am trying to be careful of during my journey through 52 weeks of probiotic foods is to utilize produce when it’s in season, so I’m trying to schedule my posts around what is available at my grocery store or at my farmers market. I always try to eat in season, but now, I’m really focusing on the importance of it.

Ha! I don’t think LF bananas would taste very good. Well, actually, they might. I can’t say I’ve come across and LF banana recipes though. Hmmm … wonder if I’m on to something? Anyone out there tried LF bananas? 🙂

Anyways, oranges are a great winter fruit. I don’t usually drink orange juice (or juice of any kind really) because of the amount of fructose in it, but when you ferment juices, most of the sugar gets eaten up by the bacteria and you end up with a much lower sugar beverage. Also, I was intrigued because Sally Fallon said that this beverage develops “an interesting banana-like flavor“. Well, then, I have to try it!

Sweet oranges are the most commonly grown fruit in the world, yet they don’t occur naturally in the plant kingdom. The sweet orange is actually a hybrid between the pomelo and a mandarin. This hybrid was cultivated centuries ago and it is said that it originated in Southeast Asia and was cultivated by the Chinese around 2,500 BC. Now the largest population of orange trees and production is in Brazil, Florida, and California.

There are a few different species of oranges: 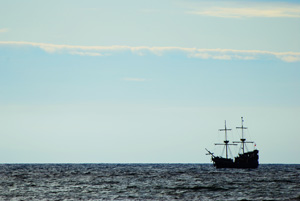 The orange has long been regarded for its nutritional compounds, mostly vitamin C, but they do contain large amounts of potassium, as well as some calcium. The Persian orange was first introduced to Italy, around the 11th century and was initially very bitter. It was regarded as a medicine, as many bitters are. Around 1500, Portuguese explorers may have introduced sweet orange trees to the Mediterranean area and they were immediately a hit. So much so that it was considered a type of aristocratic fruit and the wealthy had their own orange groves planted so they could have a private, personal supply. After that, the sweet orange spread through Europe and became common.

Sailors and explorers would planted citrus trees along trade routes to help prevent scurvy. Scurvy is a disease that happens as a result of vitamin C deficiency. It initially shows up with symptoms of malaise and lethargy. As it progresses, the affected person may get spots on the skin (showing up primarily on the legs), spongy gums, and bleeding from the mucous membranes. If it is not treated, it can lead to open wounds, tooth decay and loss, fever, neuropathy, and eventually death.

Sailors (and pirates) were especially prone to scurvy because of their long voyages and limited access to fresh fruit and vegetables and therefore they were not eating adequate amounts of vitamin C. Scurvy often killed large numbers of these men. It wasn’t until 1932 that the cause of scurvy was formally discovered as a lack of vitamin C. Despite that, sailors and physicians knew for centuries prior to that that citrus fruits helped prevent it. They just didn’t know that it was specifically the vitamin c that worked the magic.

Sally Fallon states in Nourishing Traditions, page 109, that “…oranges from Spain came to Northern Europe in the form of marmalade. Originally, marmalade was a lacto-fermented food. The oranges were mixed with salt water and pressed into large casks. The long sea voyage gave them plenty of time to ferment and develop rich flavors. Sugar was too expensive to be added in large quantities, so marmalade was traditionally quite tart.”  I will definitely be making LF marmalade before citrus season ends!

Eventually, oranges were brought over to the Caribbean by Christopher Columbus, who took the seeds of oranges, lemons, and other citrus and gave them to the native people. in 1513, oranges and lemons made their way to Florida by the Spanish explorer, Juan Ponce de León. They continued their journey, landing in California in the 18th century, and then on to Hawaii by the late 1700’s.

Probiotic Tip of the Week 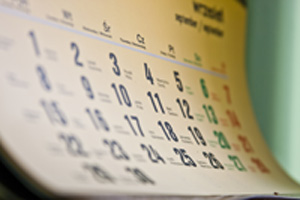 Get an extra calendar and keep it in the kitchen. Hang it somewhere where it is easy to see and easy to update. Since I’ve began making more probiotic foods, I am forgetting when I started my new batch of kombucha, when I need to bottle the old batch, when I need to move my fermented veggies to the fridge, etc. I started keeping a calendar in the kitchen two weeks ago and it has really helped. In addition to tracking my ferments, I’m also tracking food use, like making a note of when I froze this or when I opened that or when I purchased the other thing. I do this in addition to labeling the stuff I put in the freezer.

The fermenting process of foods not only allows the flavors to develop, but it also allows the nutrients in the food to become more bio-available so that they can be more easily assimilated by our bodies. So, if you love orange juice, this is a great way to consume it. You get the benefit of the vitamin C and the probiotics, without suffering that dramatic impact on your blood sugar. Always use organic oranges since citrus fruits are one of the highest sprayed produce items. Also, I have started saving the rind when I juice fresh oranges, ecause the white flesh on the inside of the skin is full of bioflavonoids. I trim out the white insides of the skin and eat them. The rind is bitter and fragrant from the high oil content, and you can use those in this handy cleaning solution. So, making this juice should leave you with little to no waste, which I think is fantastic! 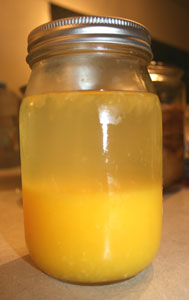 Orangina
Based on Sally Fallon’s recipe in Nourishing Traditions, pg. 587

Juice the oranges (this will yield approx. 2 cups) and pour the juice in a quart mason jar. Add the sea salt, whey, orange extract, and water. Cover and shake well. Leave the jar at room temperature for 8-10 days and then transfer to cold storage.

I checked mine after day 5 and it smelled like orange juice. I tasted mine after day 10 and it didn’t have the banana flavor that I was expecting, but it was still pleasant — a little salty and sour, but rather refreshing. I’d most likely drink this with a meal or after a workout. I think as a post-workout drink, it would be great. The sea salt would help rehydrate you and it would quench your thirst. I will definitely make this again.